WASHINGTON – Some voters inside a Northwest D.C. polling station did a whole lot more than just cast their ballots. Three of them worked to save a man’s life when he collapsed from a heart attack.

Just before 8 a.m. on Tuesday, Allie Bobak was observing inside the polling station when a man who had just received his ticket to vote suddenly collapsed in front of her

“At first, we just wanted to see if he was conscious,” she said. “When we realized he wasn’t conscious, two or three people kind of got down, tried to see what was going on and that was when he stopped breathing.”

Bobak said as soon as she realized the man needed immediate help, her training kicked in.

“I was just wracking my brain – what do I know about this? I know I have done this. I practiced,” she recalled.

At the 911 center, Jenne Wood took the emergency call.

“Once she put me on speakerphone, I was able to make sure that the person initiating CPR was doing it correctly,” Wood said. “I was able to control and see if they were doing it at the right pace, at the right depth. Everything that I instructed them to do, I could hear that it was being done.”

Once the 911 call taker heard the man’s symptoms and knowing that they were at a school, she told the caller to go get the automated external defibrillator (AED).

“It’s actually really straightforward,” said Bobak. “They have designed it so you just push a few buttons and it talks to you so you know exactly what is going on.”

The four helpers then applied the electrodes from the AED. With Wood’s directions over the phone, the victim received two shocks.

“He was actually already starting to sit up and wake up by the time we got here,” explained firefighter-paramedic Christopher Boyette.

Boyette and his crew then took over and transported the 75-year-old retiree to a nearby hospital.

“They gave us a great head start and from there out, it was just supportive on our end,” Boyette said.

“I have heard that he has regained consciousness and that he wants to come in and vote,” Bobak said. “So that was just the best news.” 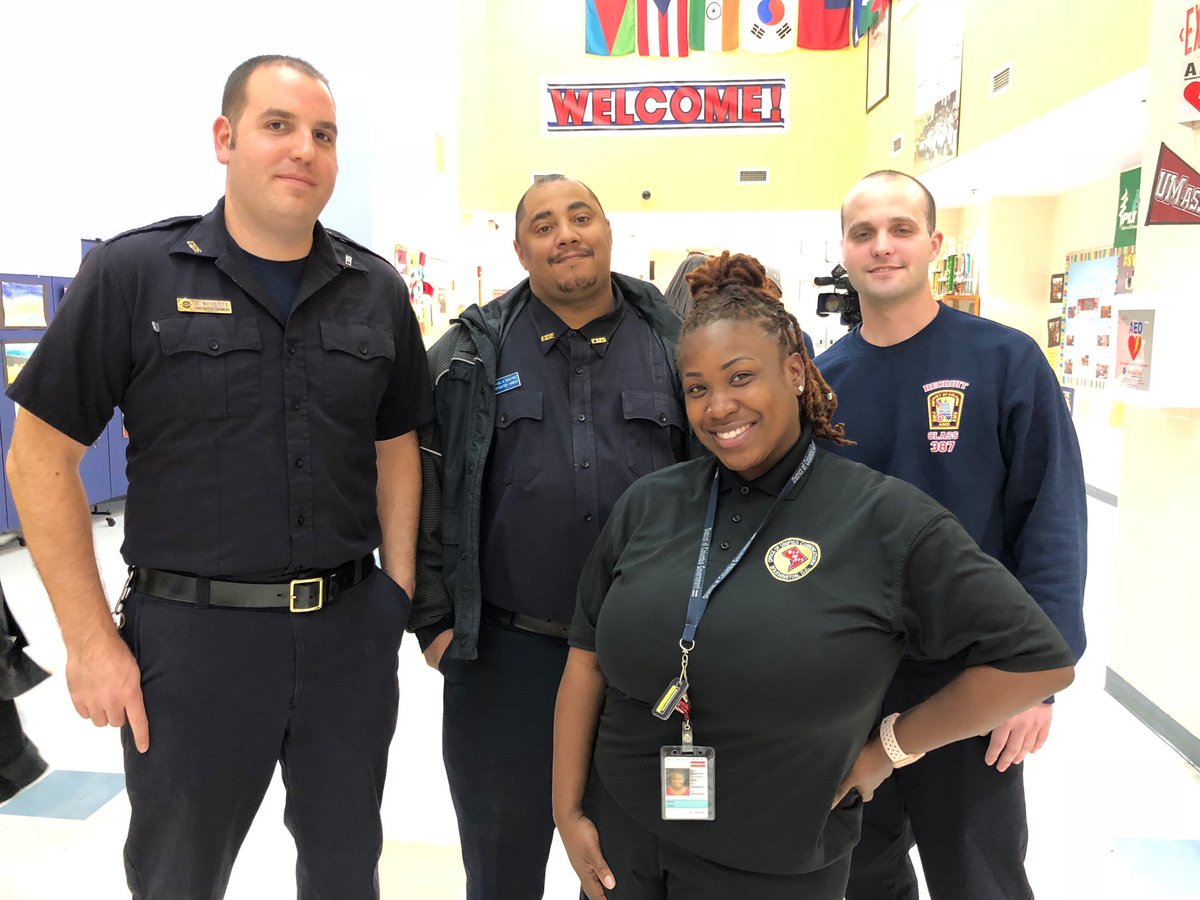 911 Call Taker Jenne Wood says it all worked like a “well oiled machine” as she, 3 voters, 1 poll observer, 3 DC Firefighters and 2 shocks from a defibrillator teamed up to save an elderly mans life today in NW. The team on ⁦@fox5dc⁩ tonight at 5. ⁦@SafeDC⁩