As her eighth-grade students were learning CPR in health class, Anne Lindley had to remind the students to pay attention.

As the St. Mary Catholic School health teacher tried to get her students’ attention, she talked about the importance of CPR and warned them they might have to use it someday. Like other students in class that day, Abby Johnson wondered why she had to learn how to do CPR.

“I was like ‘I won’t have to do this,” Johnson recalled Monday. 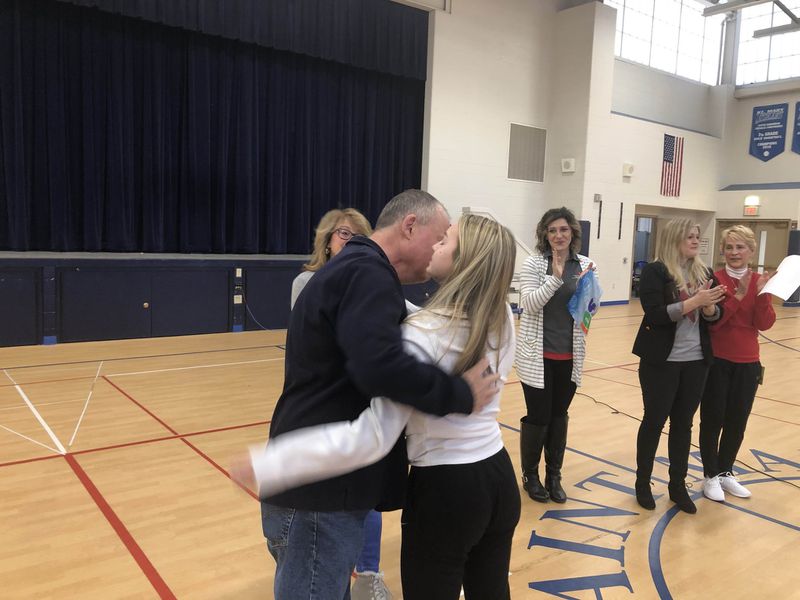 But two weeks later, Johnson faced a real-life test after her father slumped over in a chair from a heart attack. When the 911 dispatcher asked if anyone in the house knew CPR, Johnson told her mother “I’ve got this” and began compressions — a move that helped save her father’s life.

“It came back,” she said referring to the CPR training she had just gone through at school.

On Monday, Johnson received a standing ovation from St. Mary students as she received the Heart Saver Hero award from the American Heart Association for her action. Her father, Bill, and mother, Mary, also were present for the surprise award presentation.

“She’s my hero,” Bill Johnson said after the presentation.

Johnson spent three weeks at Silver Cross Hospital in New Lenox following his heart attack last November. He hadn’t been feeling well the morning of Nov. 3. He remembers sitting down and sighing just before he passed out.

Abby’s mother, Mary, screamed for her daughters to come downstairs and was calling 911. When the dispatcher asked if anyone knew CPR, Abby jumped in, delivering chest compressions until paramedics arrived. In all, she performed six rounds, each lasting about two minutes. 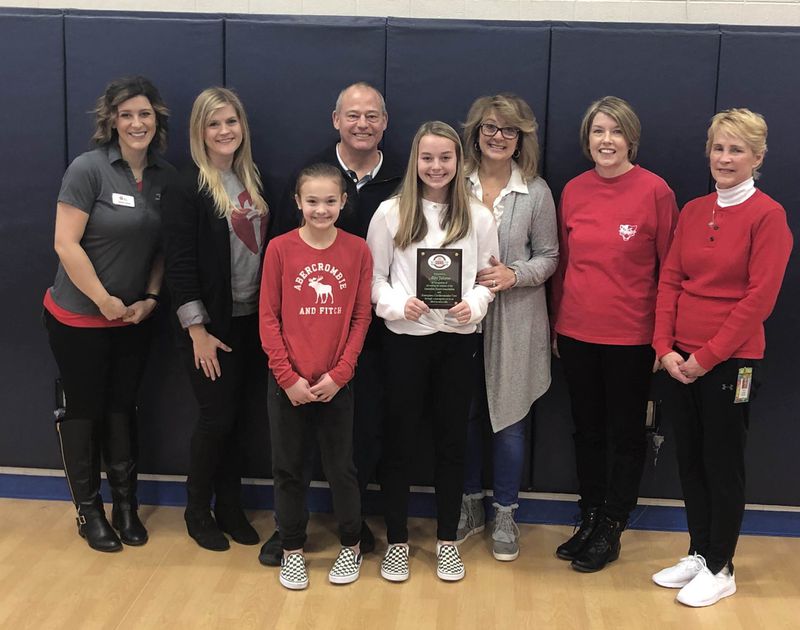 One round alone can be exhausting, said Stefani White, vice president of the youth market for the American Heart Association. White noted paramedics normally take turns performing rounds of CPR because of how physically taxing it can be.

“She was exhausted,” Abby’s mother, Mary, recalled. “Her arms were shaking.”

“As they worked together, she became more focused,” Mary said.

Many friends and family were not surprised to hear about Abby’s actions. The 13-year-old, who plays three sports and is a straight-A student, has always been very kind-hearted and willing to help others, her parents said.

“There’s always been an awareness about Abby to do the right thing,” Bill said.

The Johnsons, who said they had many friends and family praying during Bill’s hospital stay, also are grateful that Lindley offered CPR training to students. Lindley said her own brother’s life was saved through CPR.

“Sometimes as a teacher, you wonder if you’ve made a difference,” Lindley said Monday. “This one, you know you did,”

She said other students have taken note of the Johnsons; experience and that when she taught her seventh-grade class, she didn’t have to remind them to pay attention.

“They were very serious about it,” she said.

As for the Johnsons, though Bill’s time in the hospital was touch and go at first, he is home now and doing well. He jokes that he now has three people watching his every move and that sneaking a bowl of ice cream or salted pretzels isn’t easy when his daughter catches him.

While in the hospital, nurses jokingly suggested Bill give his daughter a car or a pony. Instead, he gave her a ring with two hearts as a remembrance of her heroics and a token of his gratitude.

“I told her when someone asks her what’s the most important thing she’s ever done she’s got a great story,” he said.